Honda which launched the world’s smallest fuel injected engine through Hero Honda’s Glamour. Honda has once again shown its commitment to Indian customers by launching the  new stunner FI. But is the market mature enough to welcome a fuel injected 125cc machine. We check out!

Honda CBF Stunner FI: There are not too many stunners on the road but even after in the streets for months, the jaw-dropping style of stunner still grabs eyeballs.  Look from any angle,you would admire the stunner. The glaring headlamps and the aerodynamic visor is a visual treat. The large faux-scoops sits on the broad shoulders of the stunner’s tank. The split seats and body coloured shock absorber spring adds racy appeal to the bike. The upswept rear panel utilises two separate panels for the top and bottom to create a two tone effect. Overall, the CBR1000RR inspired stunner stands tall amongst the current breed of 125cc bikes. 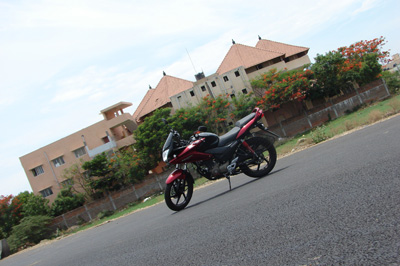 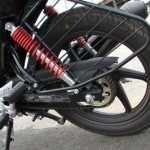 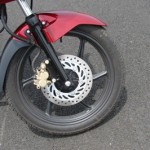 Honda CBF Stunner FI: The 125cc motor is now fuel injected and is euro-III compliant. But sadly the power and torque rating are revised upward only by a small margin, the FI mill produces 11.6bhp of max power at 8000rpm and 11.2Nm of peak torque at 6250rpm. Honda claims the CBF stunner FI is capable of reaching 100kmph and the PGM-FI technology to increase the fuel efficiency to 65kmpl.  On the tarmac, as expected the FI mill is smooth and the power delivery is consistent,  but is discernible only if you have ridden the carburetted one. The flat spots are gone and the acceleration is uniform. We managed to push the stunner FI to 104kmph higher than the quoted figure. The five speed gearbox is precise and slick. 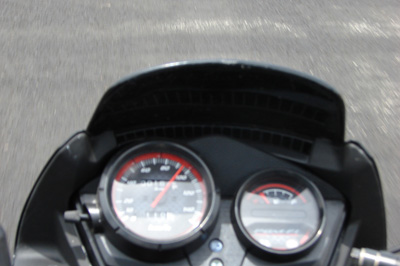 Honda CBF Stunner FI: The suspension, brake and other mechanicals are carried forward from the carburetted version. However for the safety of the Stunner FI rider, Honda has offered a bank angle sensor which cuts off fuel if the bike is banked on either side beyond a certain angle. The new handlebar weight is a welcome addition considering the vibration associated with this platform. The new FI engine and handlebarweight reduces the vibration to some extent but is still evident above 60kmph. The sporty tone extends to the ergonomics as well.  The sporty driving position is necessited by raised foot pegs,low seat and flat handlebar. Strengthen your forearm muscles before riding the stunner,  The riding position loads weight on rider’s shoulder also the high seating postion makes the pillion to bang on the rider under braking.

Honda CBF Stunner FI: Stunner rides on 17-inch tubeless tyres at the front and rear. At the rear, it uses broader 100 section tyre. The straightline stability is good but the vibrations would deters you.  The stunner is nimble but you have to get used  to the fork mounted handlebar. The steering is well balanced but the brakes bites hard and halts the bike a bit sudden. The instrument panel is still short of tachometer but gets a malfunction indicator.  The small rear view mirrors undoubtedly needs a replacement. 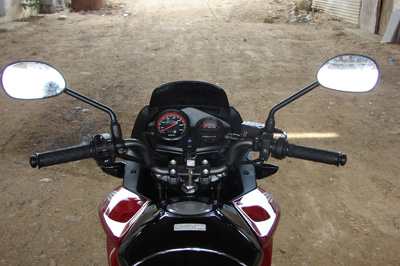 Honda CBF Stunner FI: The price difference between the CBF Stunner FI and the carburetted version is on the higher side (upwards of Rs15,764). CBF stunner FI costs Rs73,573(on-road, Chennai).  CBF Stunner gets the right engine though we wish an engine with more power that justifies its styling. But the price would deter even an eco-savvy enviromentalist. It is exorbitantly priced even higher than the proven unicorn (by Rs9,514). CBF Stunner FI is neither superior in fuel efficiency nor in performance to justify this premium price. However its pollution free and its our duty to save this beautiful earth.  Is the market mature enough to welcome a fuel injected 125cc machine? certainly not, unless the technology is made at affordable cost. 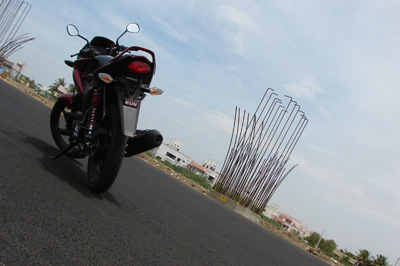