You read it first at vicky.in

As you read it first at vicky.in .Suzuki today launched the much awaited 150cc bike. The bike which is known as Lanza is christened as GS150R. GS 150R’s muscular fuel tank adds character to the bike. GS150R’s massive fuel tank can hold 15.5 of fuel.

Styled with inspiration from Suzuki’s international superbike GSX-R, GS150R is a mean looking machine. The bikini fairing, pilot lamps mounted on either side of wolf eyed headlamps is not exciting but looks pleasing. But the real attraction is the rear part of the GS150R. Stunning integrated LED tail lamp cluster also houses turn indicators on both sides.which is again an GSX-R inspired.

GS150R is powered a engine which respires through BS26 carburettor (NO Fuel Injection or FI). The engine also gets TPS (Throttle positioning Sensor). Suzuki says GS150R engine is tuned to ride better for  city riding. The 150cc engine is designed to with an acceleration performance in the low to mid range speed which is important for city driving. GS150R engine is equipped with engine balancer technology. According to Suzuki, engine balancer technology of GS150R which seeks to minimise vibration usually associated with the vibration. GS150R balancer system is fitted with balancer-driven gear fitted with a rubber damper for reducing the impact noises generated by its meshing with the balancer-driven gear. 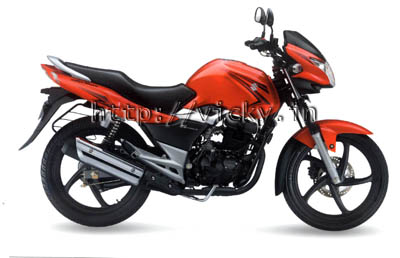 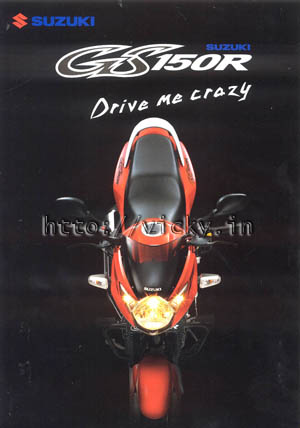 Suzuki has given GS150R contemporary features such as digital console. The digital console of GS150R features a digital speedometer and it let’s you to select two modes – Power mode and economic mode. As the name indicates once the power mode is opted, GS150R starts behaving a racing animal and the eco mode let’s you to conserve fuel. The GSX-R inspired engine rpm indicator glows to give an indication to the rider about the optimum up-shift timings. Eco and power modes of GS150R functions to cater to wide range of speeds and riding conditions.  The digital console also indicates the which gear is selected.

More details are expected and Pictures will be uploaded soon. 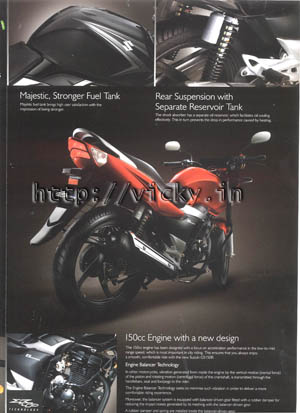 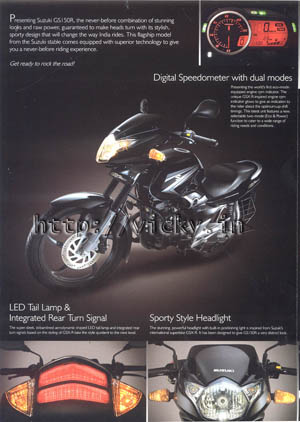