1) The next generation WagonR – the ‘splash’ is ready! Suzuki unveiled its ‘splash’ MPV(Multi Purpose Vehicle) in the Frankfurt Motor Show. First unveiled as a concept car in 2006 paris motor show, the splash has been put into production in Magyar Suzuki Corporation in Hungary. The Splash is the fourth new model for the Maruti Suzuki after the launch of Swift, Grand Vitara and SX4. Splash which the Splash is based on a shortened version of the Swift’s platform will be the natural choice for the Maruti suzuki’s next small car in India. 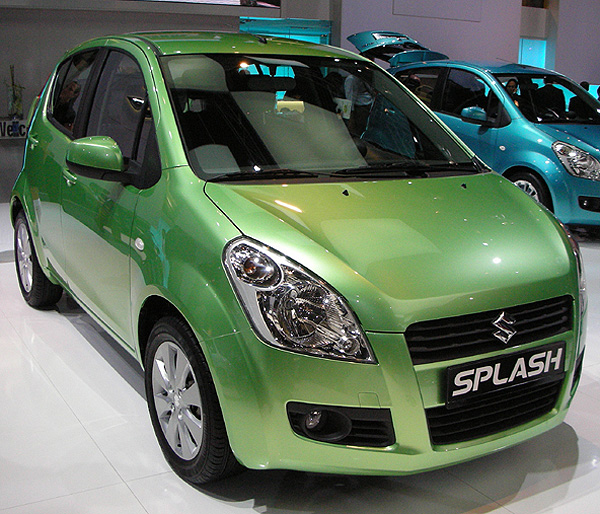 2) Maruti Suzuki splash may have the choice of three engines – two petrol and a diesel. An 1.0-litre 3-cylinder petrol unit producing 65 PS (48 kW) and a 1.2-litre 4-cylinder petrol engine developing 86 PS (63 kW) will power the splash. Both the petrol engine have four-valve-per-cylinder. Maruti Suzuki swift’s 1.3-litre DDIS may also be strapped into the new splash. All three engines are combined with a 5-speed manual gearbox. The 1.2L petrol splash feature an optional 4-speed automatic transmission. All the engines of the splash are Euro4-compliant. Acccording to Suzuki, Splash is a multipurpose vehicle that will likely appeal to those with small families and a limited budget 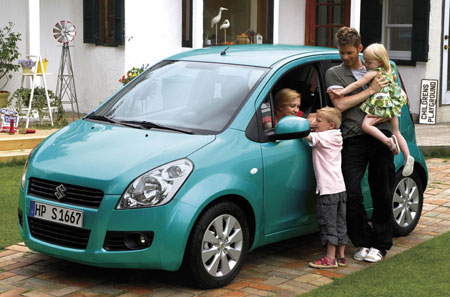 3) Maruti Suzuki’s Splash is orientated strongly towards the European design style. The second generation Agila for Opel/Vauxhall is built similar to this splash. Maruti Suzuki’s new wagon-R(splash) has some hints of both the Swift and SX4. Rather than a purely functional box shape (like the Wagon R!), the Suzuki designed the new small car that corresponds to the Splash name: youthful, fresh and stylish. Maruti Suzuki’s Splash styling team was headed by Akira Kamio who was instrumental in the styling of Swift. 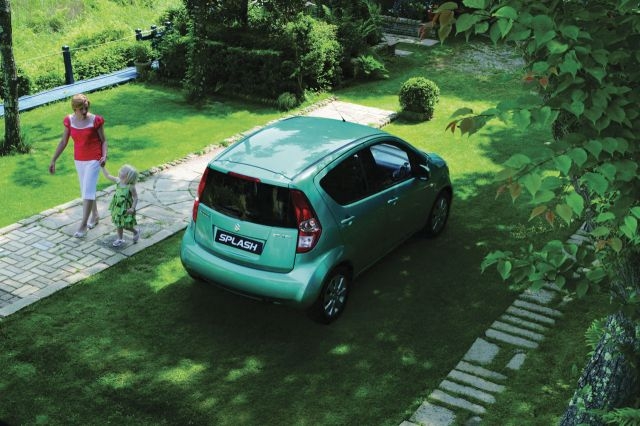 4) Maruti Suzuki’s Splash will be marketed for its such high seating position, good visibility and spacious interiors. Splash will avail excise benefits, as its length is less than 4 m. Splash is built on a 30 mm shorter wheelbase version of the Maruti Suzuki’s Swift platform. The 3.72 m-long, 1.6metres tall and 1.7metre wide Suzuki’s splash will offer comfortable space for five occupants due to clever pacakaging. Suzuki’s splash is very cleverly engineered, here’s one feature that elucidates the splash’s clever engineering – rear seat of the splash can be folded down at a flick of the wrist to create a completely flat load floor, with a compartment beneath providing additional storage space. The end result is the splash will have 1150 liters of stowage space when the seats are folded. 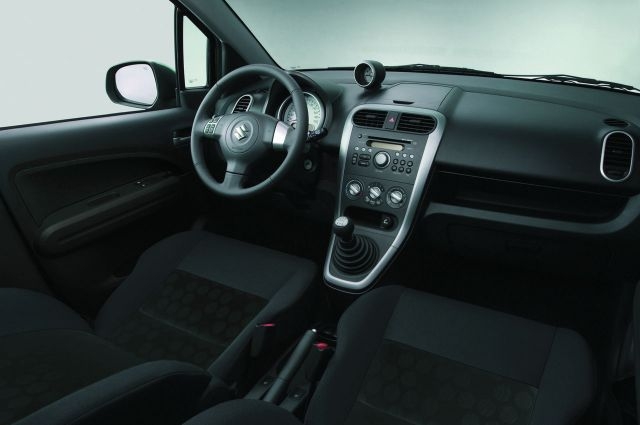 5) According to Keith Carroll, General manager of Suzuki Carroll, the Splash will have a clean and functional interior. “It will have a minimalist dashboard which the young person of today would like to see,” he said. “The emphasis will be on the sound or entertainment, not on information like the tacho” he added. The european splash will get a lot of leisure equipement and safety features like ESP,ABS and EBD. When the Suzuki’s splash become Maruti Suzuki’s splash this expensive will be stripped down and the indian splash will have few passive safety features which includes a crash-optimised, rigid passenger cell, plus seatbelt-force limiters and seatbelt pretensioners for the front seats. For pedestrian protection the front end of Splash is fitted with energy-absorbing structures. Maruti may price the car around its Wagon R, which comes with a tag of about Rs 3.50 lakh. Splash is expected to go on sale in Europe in March 2008, india will get the splash soon after that. Here’s youtube video of Suzuki splash