1) Chevrolet’s aveo U-VA is spacious, stylish and has a good VFM(Value For Money). Yet very few U-VA’s move away from the showroom. Just because of much superior swift is here. The present aveo U-VA is build on previous generation kalos.  General Motors has unveiled its new aveo(aveo U-VA in india) in the Frankfurt Motor show which replace the ageing kalos and aveo5 in the european market and american market respectively. This new aveo U-VA  will be the 2008 avatar of aveo U-VA for the indian market. 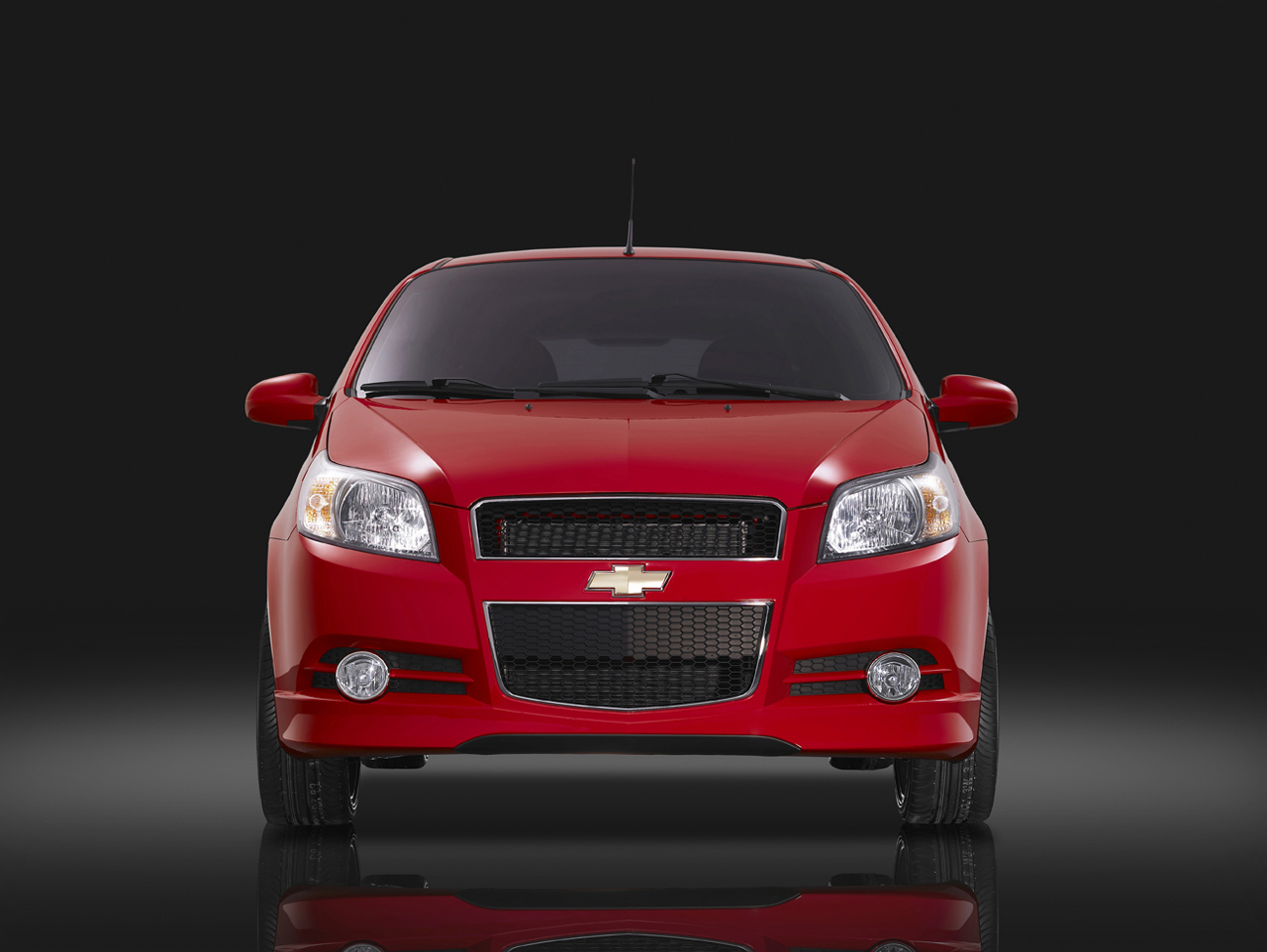 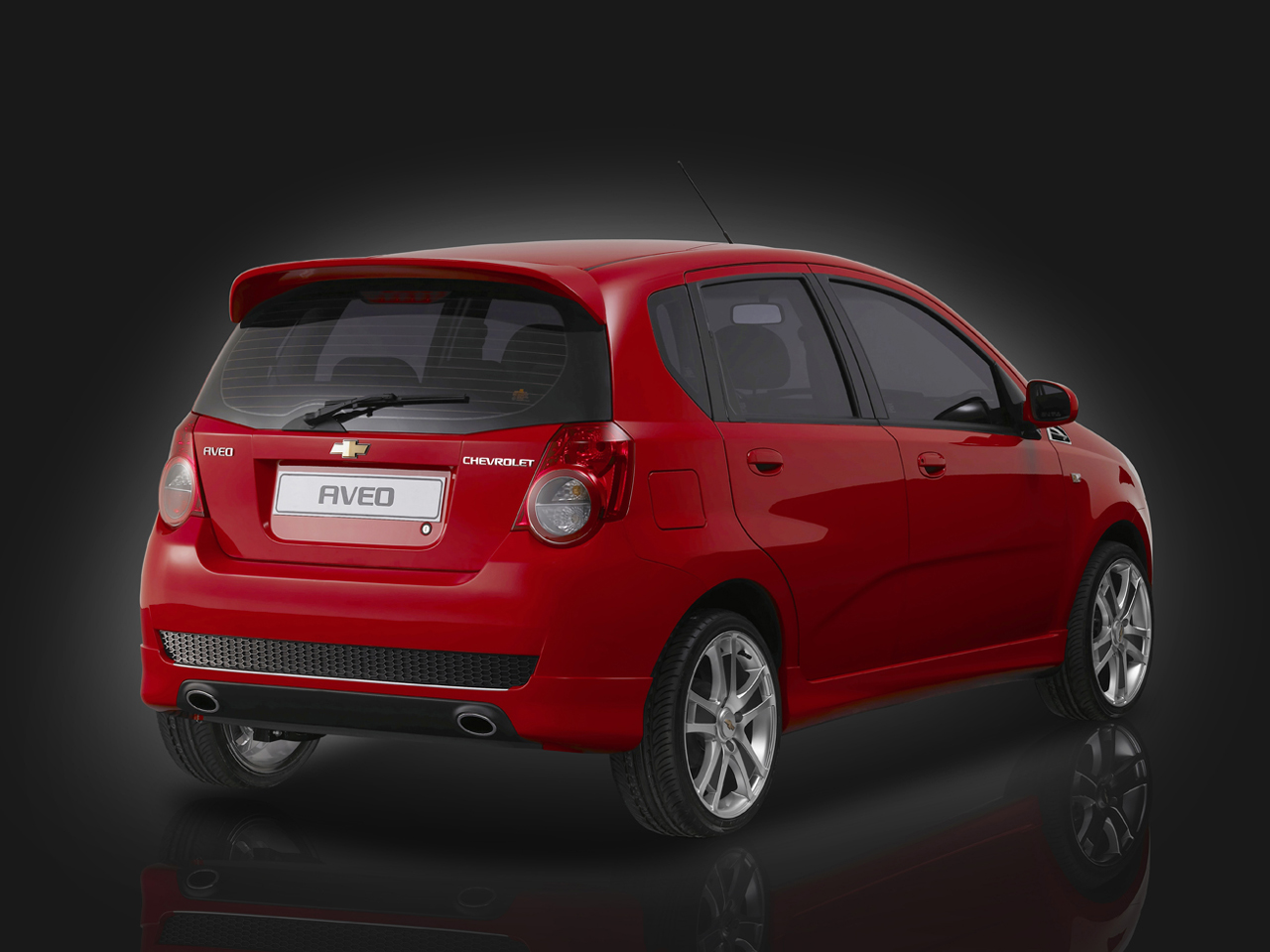 3)  According to GM, like all Chevrolets the new aveo U-VA will stand out for its excellent value for money. The 2008 Aveo hatchback sports Chevrolet’s new design features, as characterised by the big horizontally split radiator grille with a body-coloured crossbeam and the brand logo sitting prominently in the center. The dynamic detailing of the 2008 new aveo U-VA includes large, curved clear-glass headlamps and fog lamps that project like spotlights from the lower part of the bumper. The bonnet follows the lines of the radiator grille. Eye-catching contours, which flow from the bonnet to the A-pillar, highlight the sporty look of the 2008 new aveo U-VA 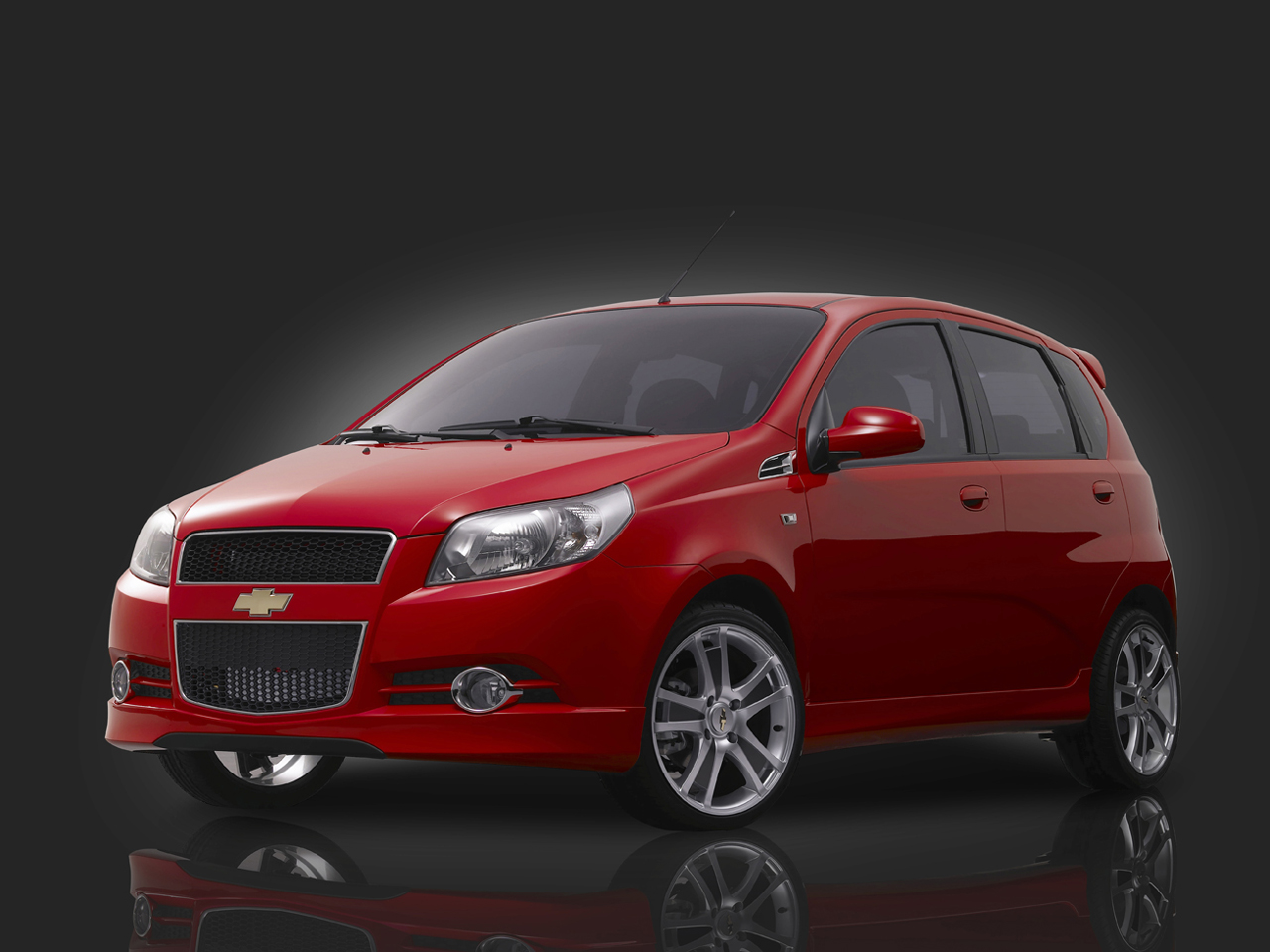 4) In profile 2008 aveo U-VA’s body prominent shoulder lines catch the eye, as does their dynamic beading that sweeps from the front to the rear door. The back of the new aveo U-VA is dominated by the solid bumper and the round tail lamps in a clear-glass housing. Additional indicators in the side sections in front of the exterior mirrors enhance safety. 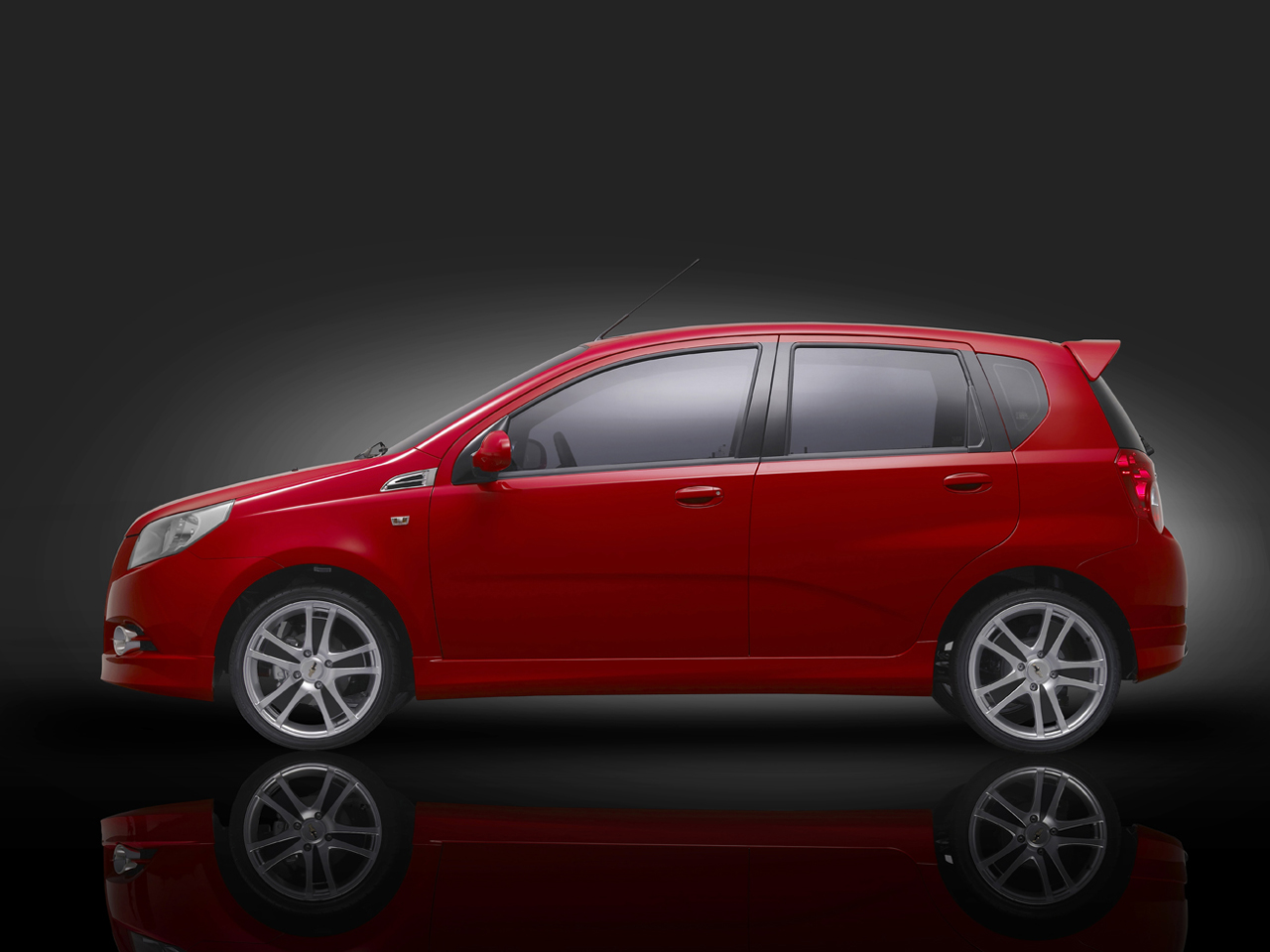 5) New aveo U-VA’s features modern and high-quality instrument panel which is divided into four chrome-trimmed controls and a centre console with striking air vents, a fully integrated audio unit, and large, user-friendly air-conditioning dials. The smooth plastic surfaces and the soft-touch finish of both the instrument panel and the upper half of the door panel are pleasant to the touch according to General Motors press release. 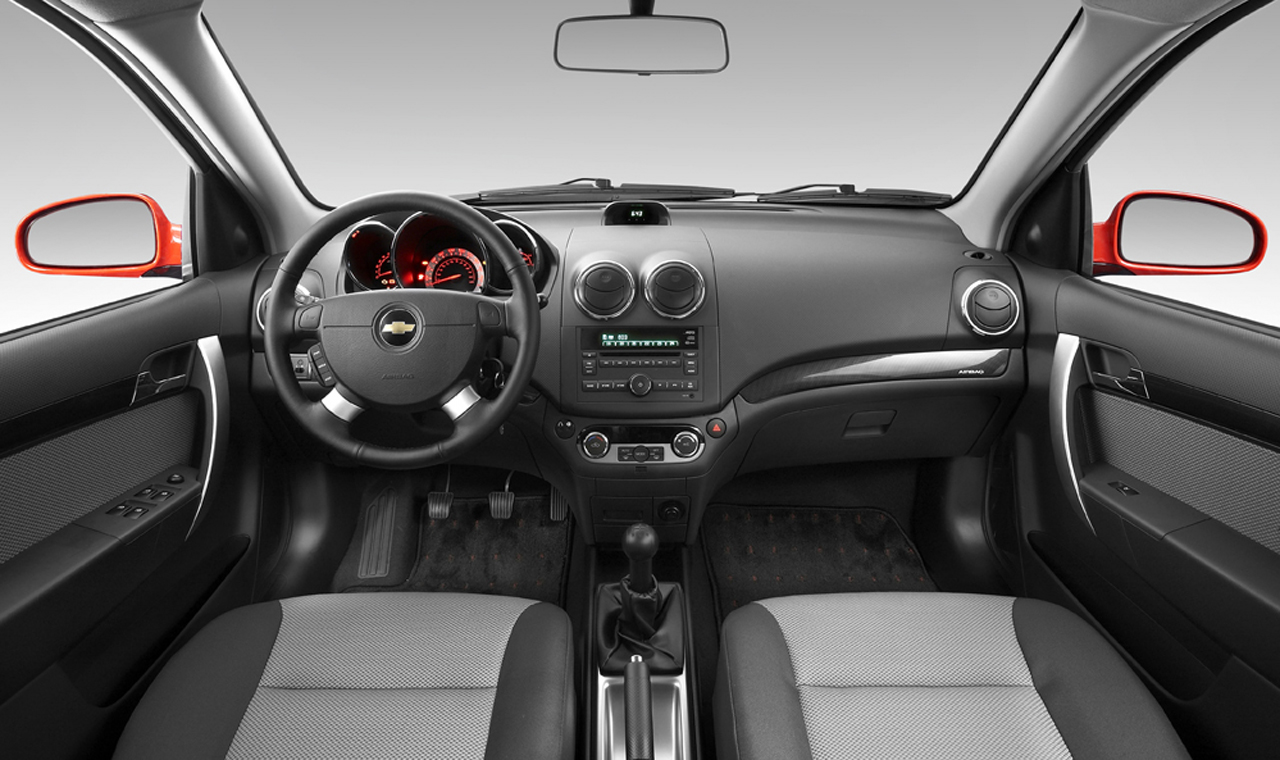