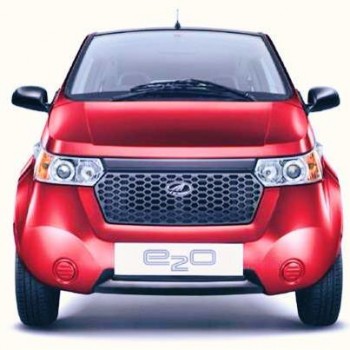 Mahindra Reva, Part of Mahindra Group has announced that it will launch of the replacement of Reva electric car – Mahindra E2O on 18th March 2013 .   e20 was earlier showcased at the Auto Expo as the Reva NX-R.  e2o will be produced at Mahindra Reva’s recently inaugurated production facility at Bengaluru, which has a manufacturing capacity of 30,000 cars/ year.

The e2o will be manufactured at Mahindra’s new plant in Bangalore. This plant, according to the company, has a rated annual production capacity of 30,000 cars. The company said e20 will use next generation Lithium Ion batteries and “will have a range of 100 kms on a full charge, which is suitable for most urban commuters today”. The price of the car is yet to be announced, but we guess that the price will be in the range of Rs. 6 Lakh.