Piaggio and (RED) are proud to announce an expansion of the partnership with the launch of the (VESPA)RED in India. To be launched only in the Indian Market, every sale of the (VESPA)RED will generate money to finance Global Fund grants that support the fight to end AIDS in India. 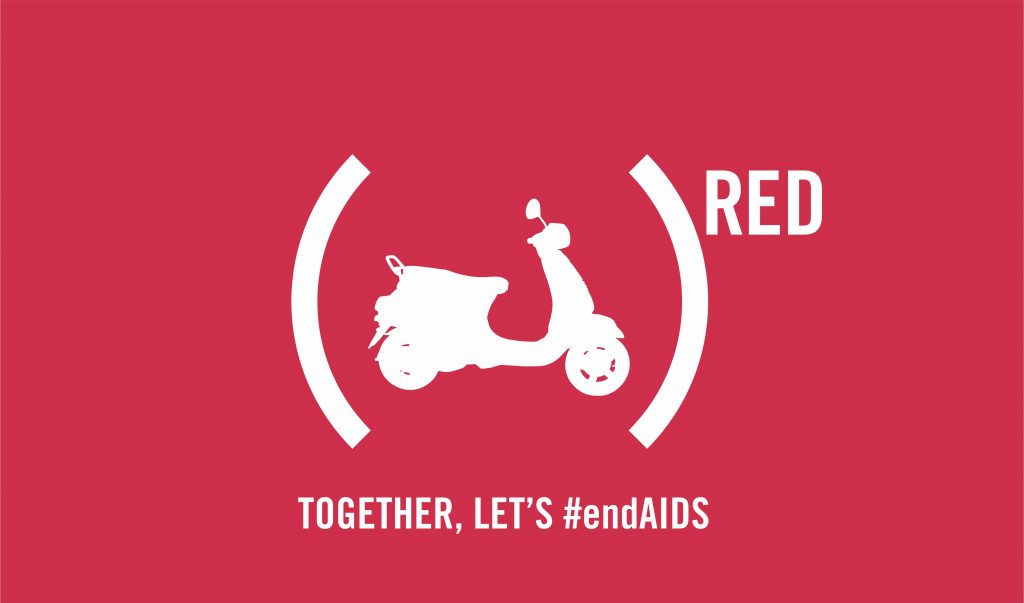 Vespa, a model born to celebrate the beauty of a mode of transport that has achieved legendary status, was the first (RED) partner to bring an automotive product to market. The partnership was first unveiled at a Global Fund event attended by Bill Gates and Government Minsters in Rome in June 2016.

(RED) has been raising money and awareness for the fight to end AIDS since 2006, generating more than $475 million dollars to date with a focus on supporting Global Fund grants. For the first time, money raised through sales of all (VESPA)RED products in India will go to support Global Fund grants right in India – programs with a specific focus on ensuring that HIV+ women have access to the services they need to ensure their babies are born HIV FREE. Each (VESPA)RED sold can provide more than 165 days of lifesaving antiretroviral medication – medication that can help keep a pregnant mother alive and prevent her from passing the virus to her unborn baby.

Throughout its history, Vespa has been surpassing a bike’s core function as a simple and elegant vehicle and turning it into an extraordinary testament to its time, interpreting societal change and evolving accordingly. As such, funding an international project of such high social sensitivity is wholly consistent with Vespa’s values and DNA.

Vespa is proud to be paving the way in India in support of (RED)’s global fight.

Background on HIV/AIDS in India:

Despite enormous progress, there are still 2.1 million people living with HIV in India – of whom, 40% are women and 7% are children. In 2016, 80,000 people were newly infected with HIV (more than half of whom were women and teenagers), representing a 38% decline in the past decade.

Global Fund Grants in India, Goals:
• Reduction of new HIV infections with 50% of 2007 Baseline of NACP III; and
• Provide comprehensive care and support to all PLHIV and treatment services for all those who require it